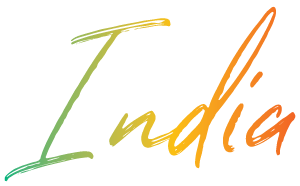 “If you want to see what you’ve never seen. Then you’ve got to do what you’ve never done.” This challenge from his Biglife leader moved Rafiqul. The young man thought about it as he studied scriptures and as he prayed. Rafiqul was desperate to share Jesus with his Muslim neighbors in Bangladesh, but he lived in India and the two countries are separated by the River Ichamati. Crossing the river is illegal, and swimming across is dangerous. But Rafiqul wanted to see what he’d never seen, and so God gave him a plan to do what he’d never done.

When night came, he put 10 Bibles in a bag. He was going to swim across the river, share the gospel with those on the other side and hand out Bibles. Rafiqul knew he could drown. The Ichamati was notoriously swift, but he was determined to bring the Word of God to Bangladesh—regardless of cost.

As Rafiqul stood on the bank preparing to jump into the dark water below, a light suddenly illuminated him and a voice shouted, “Stop or we’ll shoot!”

It was Indian border security forces.

Instinctually, Rafiqul threw the bag towards the river and ran. Even as the soldiers chased him, he was coming up with a plan to return, collect the Bibles, and attempt another crossing. This was on his mind when the soldiers caught up to him and when they dragged him off to a military camp.

Upon arrival, he was searched and then detained for three days.

Immediately after he was released, Rafiqul returned the banks of the Ichamati to look for his bag of Bibles. In daylight, he quickly found the spot where the soldiers confronted him, but he couldn’t find the bag. He looked tirelessly but went home discouraged. Next month I will come back and try again, he thought. God told me to do it, so I will do it.

Rafiqul shared his plan with a group of friends who told him he was crazy. He didn’t mind. He trusted God to provide a way. Not long after, two young men he’d never seen before visited Rafiqul at his home. They told him they were happy to finally meet him, but at the same time they were a little upset that he did not include his phone number on the books he’d sent them.

“We had to search for hours to find you.”

“The books we found in the river.”

The men had already started reading the Bibles and were especially grateful that Rafiqul had even underlined certain texts for them. They’d already read John 3:16, Romans 3:23 and several others. They’d loved these verses so much they shared them with their friends and families. Now, five villages were reading them. “Please come and tell us what to do next,” they said.

Rafiqul called his Biglife leader for help. Together, they started discipling the Bangladeshis across the river. Soon, these disciples were baptizing new believers of their own. In time, these new believers became disciple makers and were baptizing even more believers. Through this, God granted Rafiqul the chance to see something he’d never seen: he accidentally threw ten Bibles into the Ichamati River but, because of his faith, God used this to spread disciple making movements from one corner of Bangladesh to the other—and many of his Muslim brothers were saved.

Your prayers and gifts will give hope, fuel faith, and multiple disciples around the world. Will you help us reach and disciple the lost with the life-changing Good News of Jesus Christ?

Biglife is launching its first ever peer-to-peer (P2P) campaign, and we’re inviting you to become a Biglife Ambassador! Register today.

2020 has been challenging but ultimately an incredible year. God presented Biglife with opportunities to love others and make disciples like never before!

In response to the humanitarian crisis created by COVID-19, $662,000 in worldwide emergency relief provided food, supplies, medicine, and hope to 25,000 families in 23 of the hardest-hit nations.

These relief efforts fueled the faith of thousands and now the work of multiplying disciples has begun! In South and Central Asia alone, over 30,000 new believers confessed Christ as Lord and were baptized — in just five months!

GIVE NOW
The mission to advance Christ's Kingdom
into 2021 has gained unprecedented momentum: 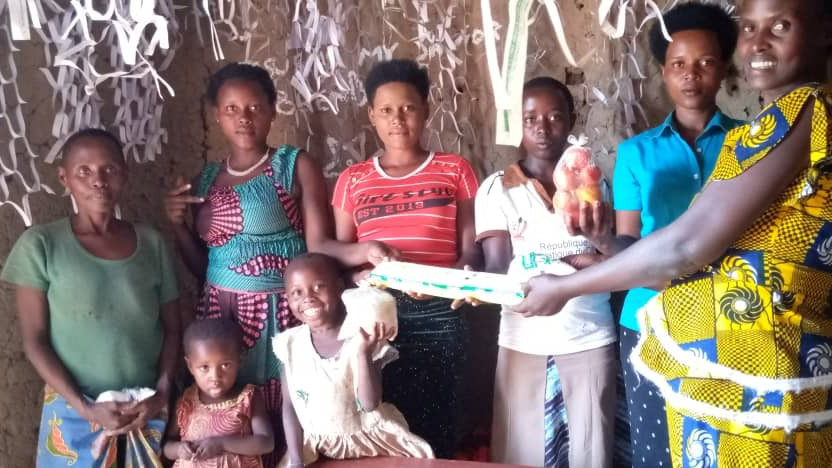 For now, the food relief effort has ended, but it has catalyzed the training of 1000 new disciples that will share their story and Jesus' story and then multiply into even more disciples of Christ. 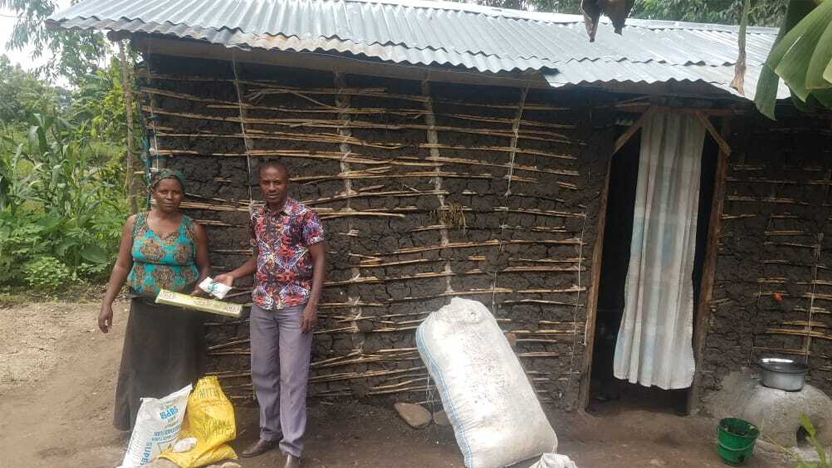 Due to high illiteracy rates, we're acquiring thousands of audio Bibles for these new believers. 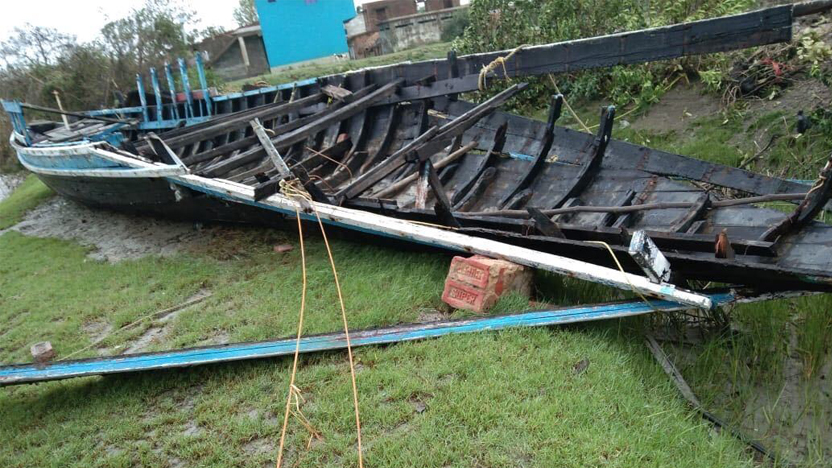 We're also transitioning to commercial-grade printing presses that will print up to 100 Bibles per hour in order to meet the huge demand for God's Word around the world. 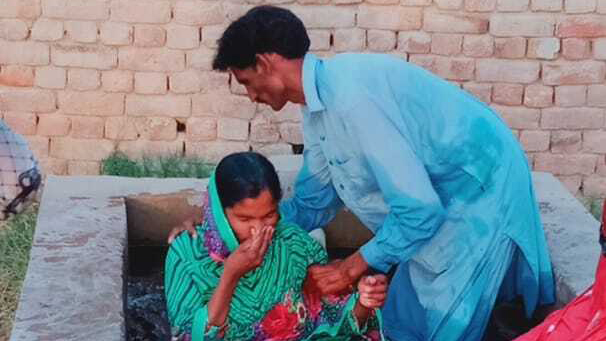 We've stepped out in faith to begin supporting many more disciple makers, so we can keep pace with the vast and rapidly expanding movement of God.

Praise the Lord, 2020 has already been Biglife’s busiest and most fruitful year ever!

Yet, now there’s an opportunity for the largest year-end match challenge in our history—and we invite you to prayerfully consider being part of it. Biglife has a commitment for $1.5 million in matching gifts if we can raise the same amount. So, right now, every dollar you give until December 31st will be matched—dollar for dollar— towards an astounding year-end goal of $3 million!

Here's how you can get involved:

That God's will would be done.

That the Spirit would prepare many more hearts to surrender to Jesus.

That many more disciple making movements would flourish..

Select the $ amount and how you'd like to give.

Send your gift securely online and receive an email receipt.

Together—for over 20 years—we’ve been reaching and discipling the lost with the life-changing Good News of Jesus Christ.

But never has there been an opportunity to be so hands-on in helping fuel the global multiplication of disciples. Biglife is launching its first ever peer-to-peer (P2P) campaign, and we’re inviting you to be part of it!

As a Biglife Ambassador, you will be equipped to take action by directly raising funds and spreading awareness for global impact. Together, we can launch a movement to spread hope, faith, and discipleship in 2021.

Ready to launch a movement? Here's how:

Register to become a Biglife Ambassador

Share your campaign with friends and family via text, email, and social media

P2P is a hands-on way to launch your own mini fundraising campaign for Biglife. How does that help? People are far more likely to donate to a cause if they’re asked to by someone they know and if that ask is made in a personal way. Launching a P2P campaign makes you an ambassador for Biglife by giving you the opportunity to make a personal ask on our behalf. Through phone, text, email, and social media you can ask your friends and family to get involved in raising funds, which will be tracked and displayed on your own personal fundraising page. When you reach your goal, you can contact the people who supported you and celebrate that the funds you raised will help reach and disciple the lost for Christ.

How do I get my campaign setup?

Register to become a Biglife Ambassador by entering your details in the boxes above. Biglife will then send you and email link to setup your own fundraising page. If you’ve never run a P2P campaign before, no problem: just download and read our P2P Playbook PDF.

Once you’re ready, follow the email link to create your own fundraising page. Give it a name and determine a goal you’d like to reach. Customize it by adding a picture, and explanation of why reaching the lost and multiplying disciples is important to you, and then give a brief call for others to join you.

You’re then ready to start sharing your campaign with friends and family! Have with this. Share you campaign via text, email, social media, or any other way you like! As people start to give, make sure to plan how you will celebrate and thank them when you reach your goal.

Sign up for our weekly Prayer Email and receive timely updates and prayer requests.