Become a witness to the true Light.

Any gift given between now and December 31st is doubled to $3 Million.

While we praise God for all His victories through Biglife this year, the work ahead remains great.

believers worldwide to reach and disciple their own.
Biglife trains believers to make disciples of Jesus, leading to disciple-making movements.

Biglife empowers believers worldwide to reach and disciple their own people for Jesus, so that disciple-making movements of God can grow and grow all over the world. We’ve seen these movements of God happen in places where it takes great faith to even be a Christian, let alone share your faith. It can happen anywhere. 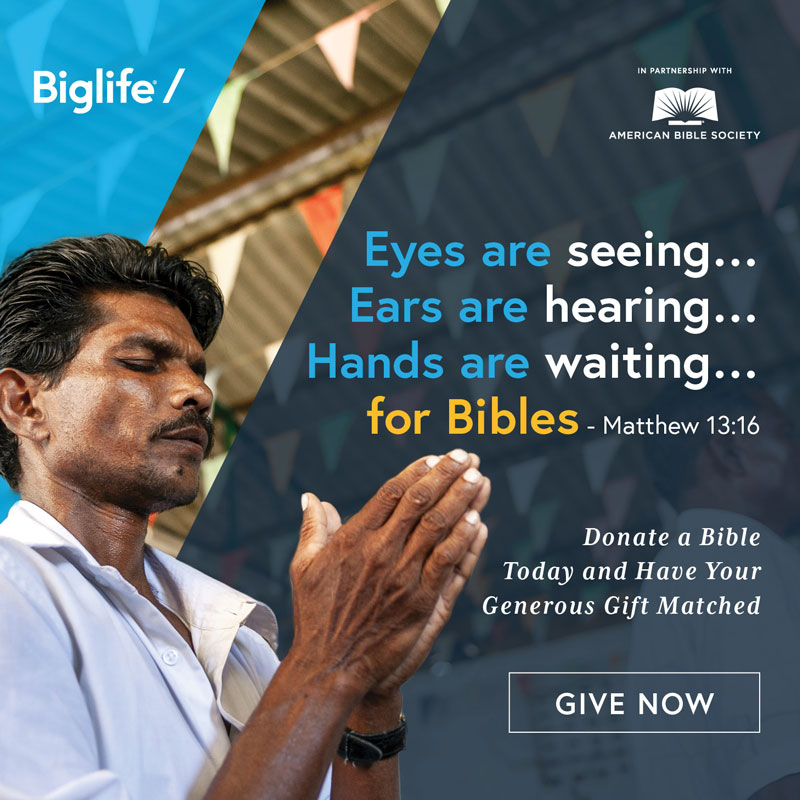 Our MIssion
Our Vision
Statement of Faith

EMPOWERING BELIEVERS WORLDWIDE TO REACH AND DISCIPLE THEIR OWN PEOPLE FOR JESUS CHRIST.

WE ENVISION RADICALLY OBEDIENT DISCIPLES IN EVERY NATION TURNING THE WORLD UPSIDE DOWN FOR JESUS CHRIST.

For a summary of Biglife’s position regarding Scripture, the nature of God, mankind, salvation, marriage, the church, and the second coming, read our full Statement of Faith here.

Learn More of Why We Exist
Stories From Around The World

In Cameroon — Africa, due to heavy rains, truck engines catching fire, unpassable roads… our Biglife team could not get to an unreached people group named the Bomwalis for 5 months. But as you can imagine, the Lord made a way and Biglife later learned the Bomwalis had actually evacuated because of flooding and had not been in their homes for 5 months, but had now returned! Not only did Biglife, and our partner, not give up for five months, but the irony is not lost on us that the Bomwalis would not have even been there had they arrived earlier. Is God in control? We know He is! Bomwali believers are now reaching other Bomwalis for Jesus Christ, for the first time ever!

In Michigan, what began years ago through the obedience of some Biglifers prayer walking, has resulted in disciples being made unto the 4th generation.

Dieu Sanh, a rice farmer and a former Buddhist, has been sharing the love of Jesus with the people of Vietnam for many years. The authorities of Vietnam responded by imprisoning Dieu Sanh for many years. All he had to do to gain his freedom was to promise to stop telling people about Jesus. Though he missed his family, Dieu Sanh refused every time. “I will preach Jesus,” he said. This video shows how Jesus miraculously made a way for Dieu Sanh to go free, and then to go into all Vietnam.