From Asia to Africa, Europe to the Americas, Biglife finds the persons of peace and empowers them to share the Good News—where they live. See how Biglife is reaching lost souls by shining Christ’s light into the world’s darkest places.


First, there was the invitation to coach Olympic baseball hopefuls in Tehran, Iran. Then, during that trip, a prominent Muslim imam was led to Jesus. There was the chance meeting of a banker turned street preacher in Kolkata, India. Gift wrapping Bibles in Karachi, Pakistan. The time John ate sloppy joes and talked worldviews with Chuck Colson. And then there was all the years following these seemingly unconnected events which wove together the threads that at last became a global tapestry of believers.

But this movement—once called the greatest movement of Jesus Christ in our lifetime—all began with one question: “Are you leading a little life in your own little world?” This was the question Jesus was laying on John’s heart. It’s a question He’s asking you right now. But—fair warning—just like John, your answer has big implications.

For John, it all started when a little old lady, who was passionate about missions, thrust a book into John’s hand. She urged him to read it. It was called Unveiled at Last by Bob Sjogren. At first, John didn’t read it. The book sat in the backseat of his truck. A week later, he decided to read a couple pages, just in case the lady quizzed him about it next time he saw her.

But once he opened it, he couldn’t put it down. Buried in its pages was the fateful question: “Are you leading a little life in your own little world?”

John thought about his comfortable life of family, travel, and boating. It was a good life—a life many people dream of, but he knew it was hollow. Reluctantly he thought, “Yes, I am living a little life.”

Then came the next question that started John’s path toward Biglife, “Are you willing to lead a big life – a life with a big kingdom impact?”

“Are you willing to lead a big life—a life with big kingdom impact?”

Whether in ministry or in the marketplace, we are all called to love God, love others, and make disciples. 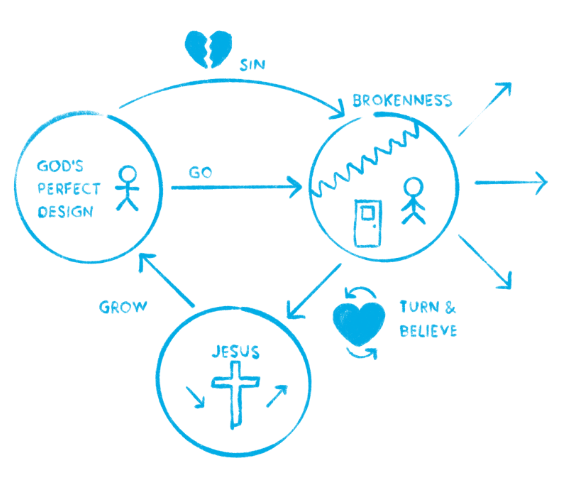